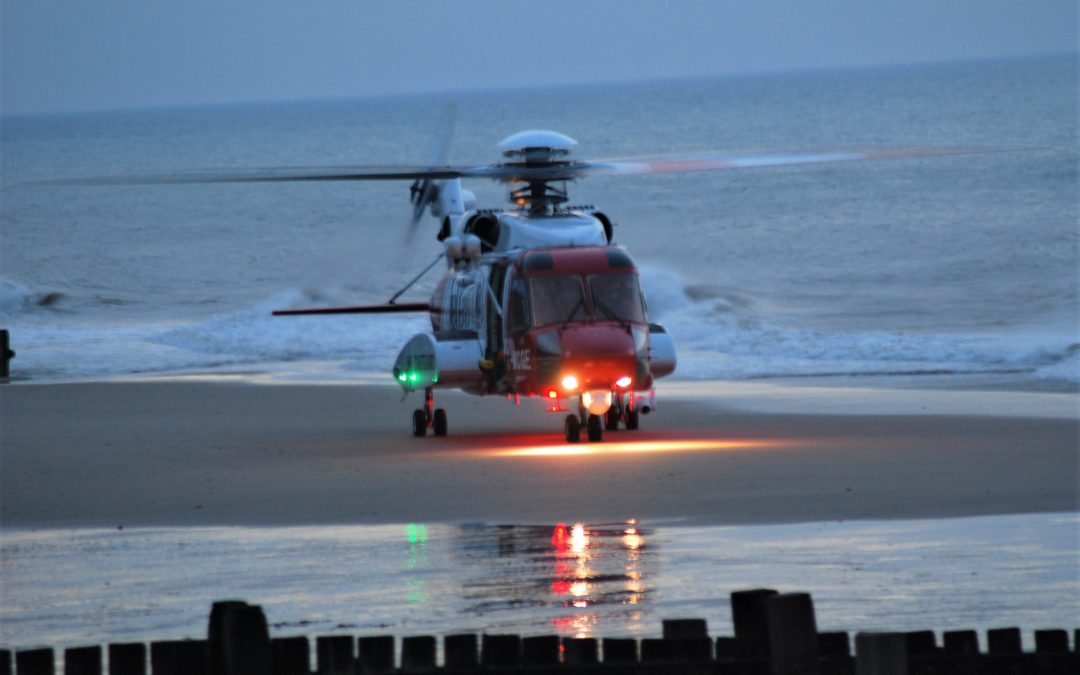 Lifeboat was paged at approximately 20-10hrs to assist East of England Ambulance Service and Bacton Coastguard team extract 3 casualties from a remote area behind Trafalgar Court Mundesley. 2 children had got into difficulties earlier and a parent had entered the water to help them. The parent had then suffered a medical problem on the beach. Once on scene it was decided that a helicopter extraction was more suitable. Coastguard helicopter 912 was requested from Humberside, landed on the beach and transported all 3 casualties to the Norfolk and Norwich University Hospital.

During the previous call, a member of the public presented themselves to the lifeboat station after they could not find one of their party. Details were taken and a search was commenced by the Lifeboat. After 15minutes it was confirmed that the missing person had returned home on their own. Mundesley Lifeboat then stood down after the 2 call-outs.