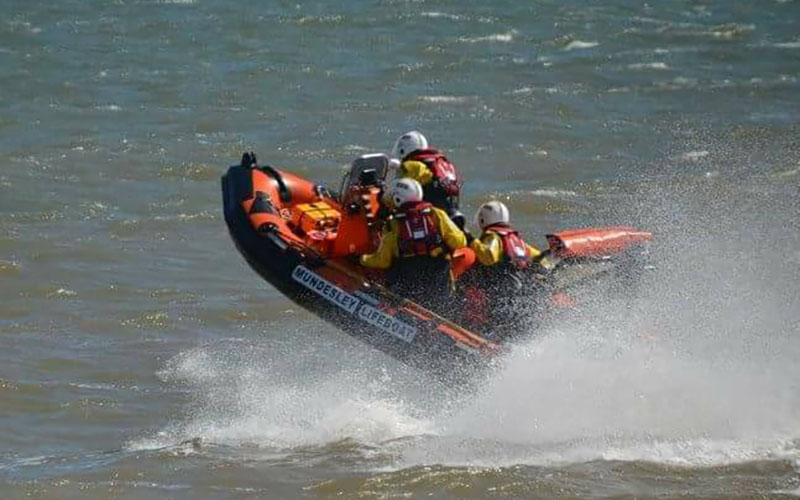 Paged by Humber Coastguard to 2 people in difficulties at Vale Road Trimingham. Once on scene it was confirmed that both casualties were out of the water. The 2 casualties had been attempting to swim out to crab pot dans near the shore. Crew from the boat gave initial casualty care and both were confirmed to be cold but ok. They were released to Bacton Coastguard and Mundesley lifeboat stood down.